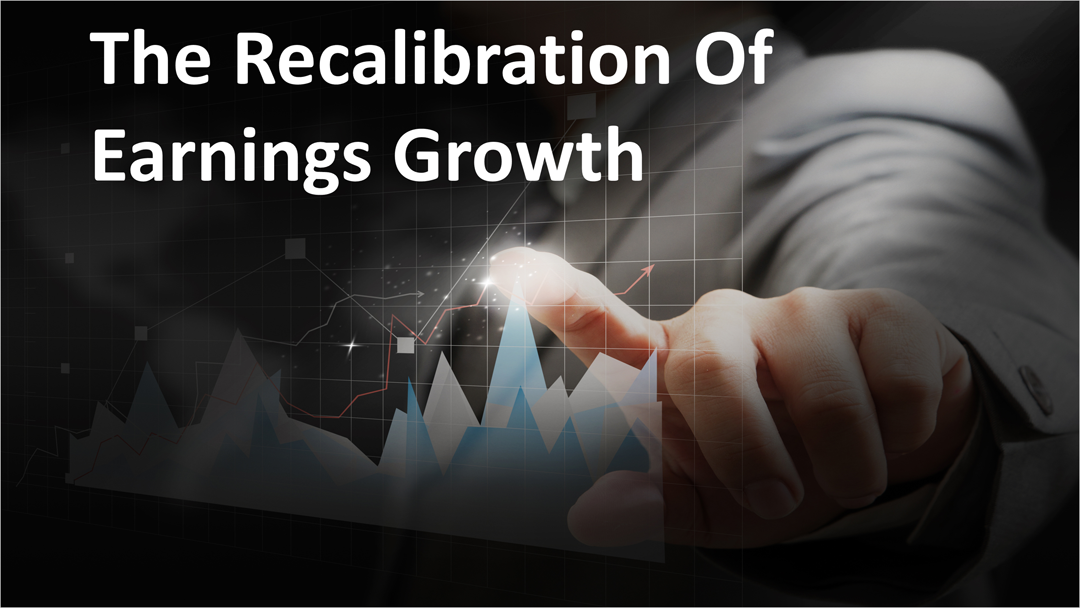 The stock market had another difficult week. The benchmark Standard & Poor's 500 index slid back 10% below its most recent all-time high in September, as a recalibration of earnings growth continued. 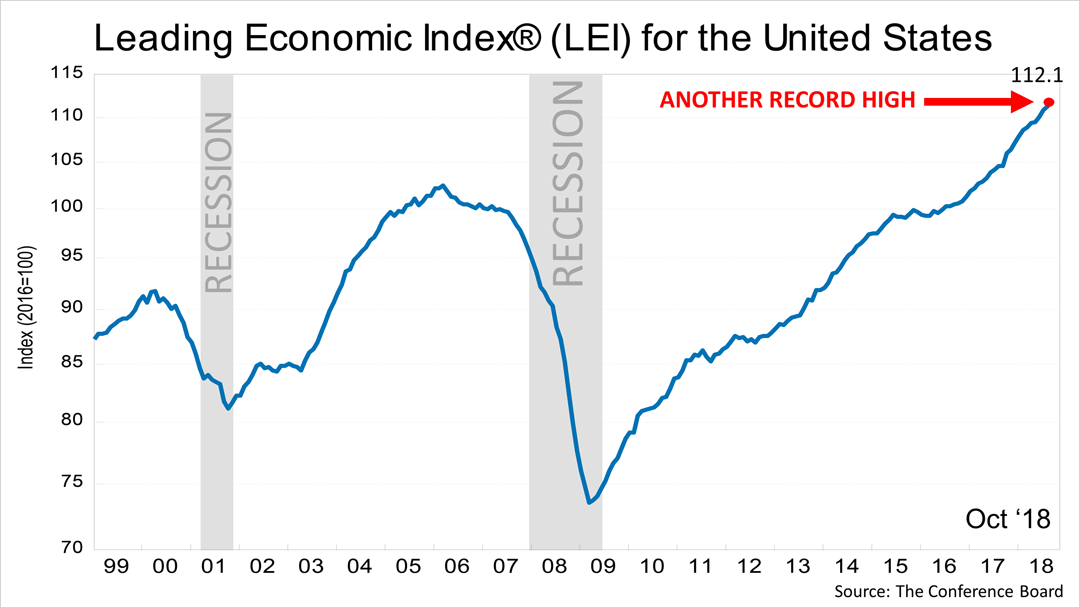 After rising for six consecutive months, the rate of improvement in the U.S. Index of Leading Economic Indicators slowed significantly in October. The LEI rose one-tenth of 1% in October, down from +0.5% in September and +0.4% in August.

"The index still points to robust economic growth in early 2019, but the rapid pace of growth may already have peaked," according to The Conference Board, a private business group that maintains the LEI.

The LEI is a composite of 10 indexes of U.S. economic strength, including forward-looking components, like new orders at manufacturers. The LEI definitively broke lower well in advance of the last two recessions.

A slower rise in the pace of growth is very different from a recession, when the economy shrinks and growth goes negative. That's not what's happening now. 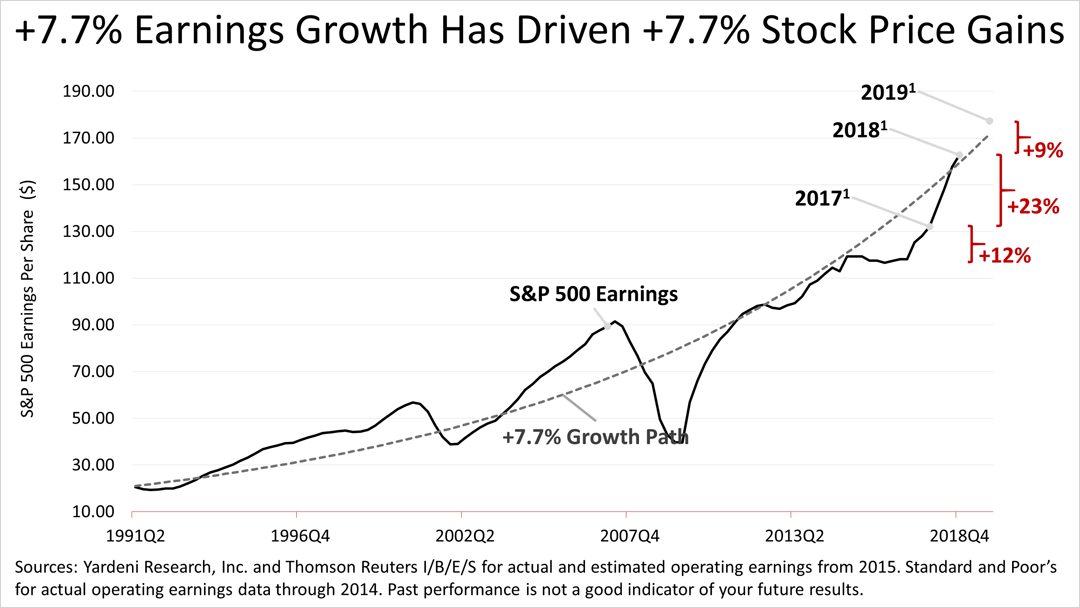 The economy and stock market are coming off a period of heady growth. Over the decades, earnings of the S&P 500 grew at an average annual rate of 7.7%, but earnings grew 12% in 2017 and, according to the most recent estimates by Wall Street analysts, earnings are expected to grow by 23% in 2018. With 2018 now almost over, analysts in the last few months have a more realistic picture of what is likely to happen in 2019, and they currently expect 9% profit growth. 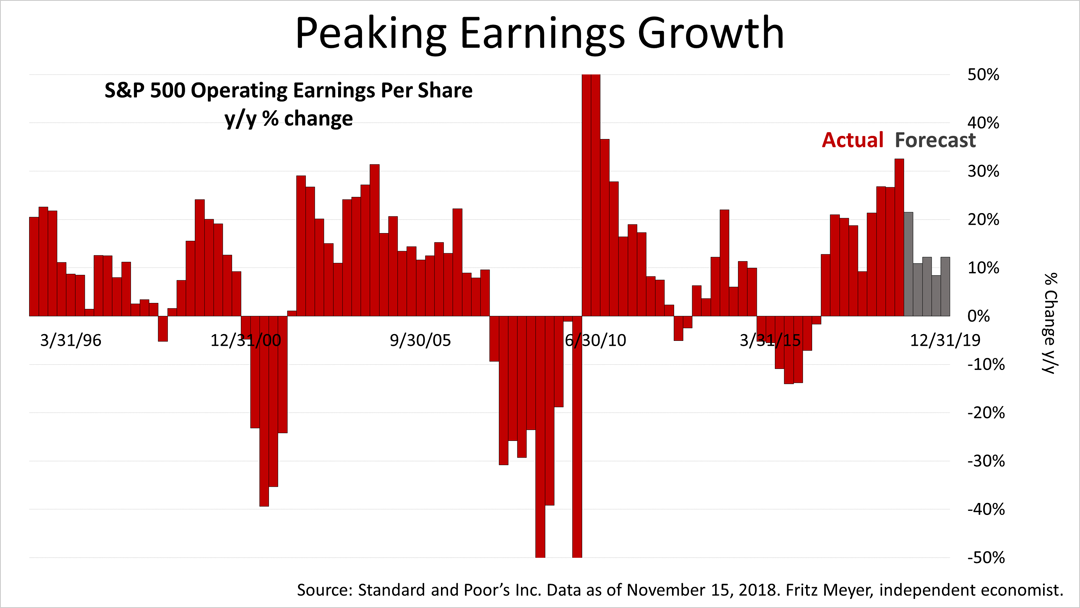 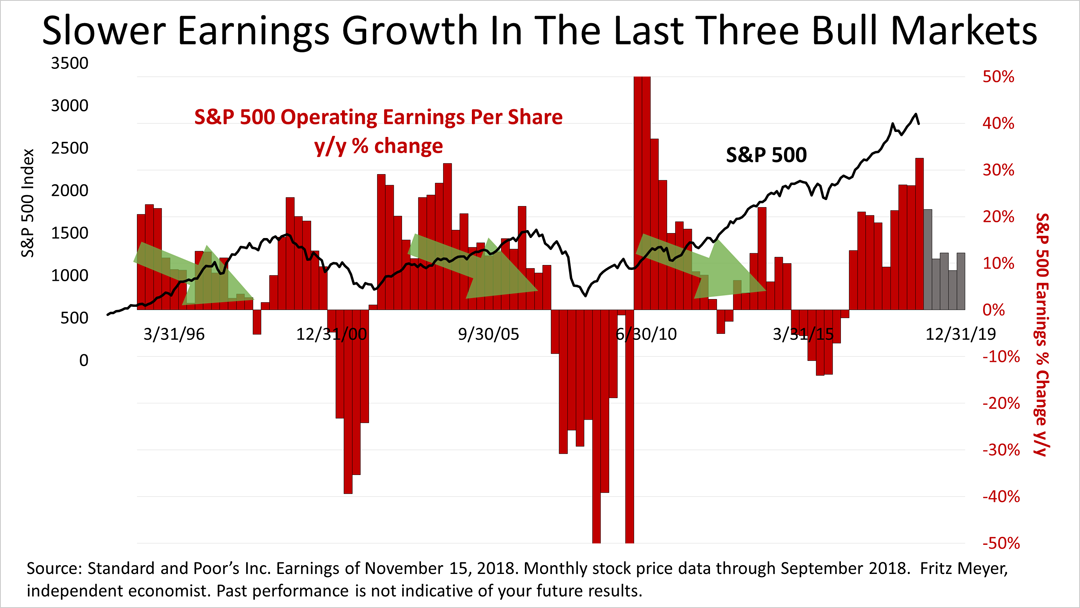 When S&P 500 earnings expectations slow, it does not mean profits go negative and that America's largest publicly-held companies are reporting operating losses. The green arrows highlight periods during the last three bull market cycles when earnings shrunk. Just because earnings growth expectations are reined in, it does not mean the stock market is headed for a fall. When companies are expected to report quarter after quarter losses for sustained periods, a bear market drop of 20% becomes more likely. Operating losses on the S&P 500 are not projected now, just slowing profit growth. 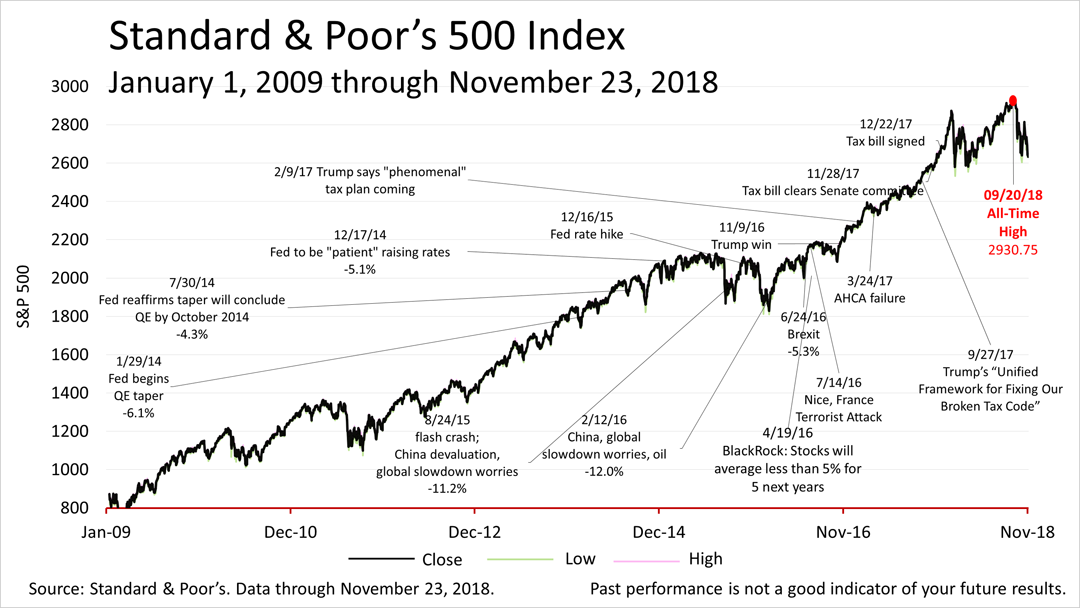 
"While near term economic growth should remain strong, longer term growth is likely to moderate to about 2.5% by mid to late 2019," according to economist Ataman Ozyildirim, global research chair at The Conference Board.

Earnings peaked last quarter and investors are recalibrating sales and profit growth expectations for 2019, which has made stocks more volatile.


No one can predict the market, but volatility is higher and is likely to remain so.